REGISTERING FOR OUR NEXT WORKSHOPS
UPCOMING WORKSHOPS
back
STUART DRYBURGH 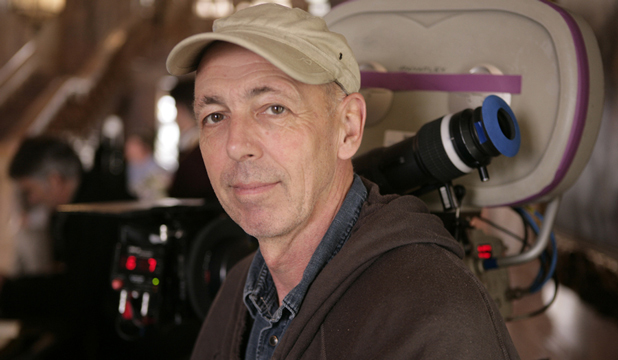 This workshop is organized in partnership with UPTEC PINC

Stuart Dryburgh is one of the most interesting cinematographers in activity, he helped create the distinctive look in films such as "The Piano". In recent years Dryburgh shot the films "Lone Star", "Bridget Jones's Diary", and HBO series "Boardwalk Empire".

Dryburgh started on the job as a gaffer. As a result he found himself working and learning alongside many major cinematographers, in the process gaining a reputation as a skilled lighting specialist.

After six years as a gaffer Dryburgh moved into the cinematographer's role shooting his first feature "The Leading Edge". Dryburgh was given the chance to shoot "An Angel at my Table" by Jane Campion, the film won accolades, and standing ovations. In 1992 Dryburgh reunited with Jane Campion in "The Piano", his work on the film won him the Oscar, ASC and BAFTA nominations, but was beaten by Schindler's List.

Dryburgh followed "The Piano" with impressive work on "Once Were Warriors". After working on John Sayles' acclaimed border drama "Lone Star", Dryburgh reunited with Jane Campion, to shoot Henry James adaptation "The Portrait of a Lady".

A long series of projects has followed, including hits "Analyze This", "Bridget Jones's Diary" "Kate and Leopold" and the pilot episode of "Sex and the City". Dryburgh went back to New Zealand to shoot "In My Father's Den", shot wildly out of sequence in an effort to capture different seasons on film.

In 2007 he shot "The Painted Veil" Dryburgh's projects also include the pilot for acclaimed Prohibition-era drama "Boardwalk Empire". Martin Scorsese directed, with Dryburgh describing it as in many ways "a dream job". Variety later argued that Dryburgh's cinematography on Ben Stiller's remake of "The Secret Life of Walter Mitty" was "reason enough to see the film on the bigscreen". He followed it with Michael Mann cyber-crime tale "Blackhat". In 2012 he returned to New Zealand as director of photography on Japanese-set drama "Emperor", directed by Peter Webber.

The workshop will focus on a diversity of topics of the art of cinematography, you will have the chance of not only receive this knowledge from Stuart Dryburgh, but also interact in a very strong way, as the group will have up to 25 participants, making it extremely practical and interactive. You will also have the opportunity to assess the issues you encountered on your films, and receiving the feedback to unblock situations in the future.

The over all theme of the workshop will be: How Stuart applies 30 years of shooting on film to shooting in the digital age, and what younger cinematographers can gain by ‘thinking film, shooting digital’

The workshop will also cover the following structure:

ESSENCE OF THE CRAFT
Auteur versus Industry – the realities of the business.
DIY - low budget approaches
Understanding your abilities
Overview and “Case Study” clips of my work

GETTING THERE
Hollywood versus Europe
Agents/managers/lawyers

PREPPING
Script break down
Aesthetic overview – the look and the story - Stylistic Approach
Crewing up
Location hunting
Rehearsing before the shoot
Storyboard
How to work with:
Art department
Costume
Camera
Planning for Digital VFX
Camera systems,
Lens selection
Grip equipment
Originating materials (film stock/tape)
Relationship between the DP and the director
Tradicional Vs. Digital
How to properly tech scout a location
How I design master shots and coverage

PROFILE OF PARTICIPANT
The workshop designed for Cinematographers, Camera Operators, Directors, Film Students, or anyone serious about a career in the Film Business on the area of cinematography.