REGISTERING FOR OUR NEXT WORKSHOPS
UPCOMING WORKSHOPS
back
MELISSA LEO 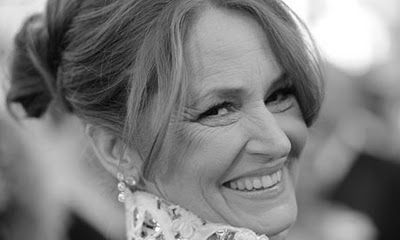 
Melissa Leo was born on September 14, 1960, in New York City. Leo starred as the mother of boxer Mickey Ward in the 2010 film The Fighter, also starring Mark Wahlberg. The role garnered her both Golden Globe (best supporting actress) and Oscar awards. Other accolades include award nominations for the film Frozen River and the HBO series Mildred Pierce.


Leos breakthrough role came in 1993, when she began playing Detective Sergeant Kay Howard on the NBC series Homicide: Life on the Street.

Melissa rose back to prominence with an impressive performance as a wife of an addict in the 2003 film 21 Grams. Her role garnered an award nomination for best supporting actress from the L.A. Film Critics Association. Many film opportunities followed, including The Three Burials of Melquiades Estrada (2005) with Tommy Lee Jones, Hollywood Dreams (2006) and Black Irish (2007).

Leo went on to win acclaim for her performance as a struggling mother in the heralded film Frozen River (2008), most notably Independent Spirit Award, Screen Actors Guild and Academy Award nominations—all in the best actress category.


More films followed, including Everybodys Fine (2009) with Robert DeNiro, Conviction (2010) with Hilary Swank and The Fighter (2010) with Mark Wahlberg. In the latter film, she garnered wide acclaim for her performance, including a Golden Globe and an Academy Award, both in the best supporting actress category.

Moving back to TV in 2011, Leo showcased her talent in the HBO series Mildred Pierce, starring alongside Kate Winslet; she earned an Emmy nomination (outstanding supporting actress in a miniseries or movie) for her role as Lucy Gessler in the series.

Leo went on to work on several projects, including “Oblivion” (2013), with Tom Cruise and Morgan Freeman, which show us Melissa in a different genre, but always keeping it faithful to her choice for strong and captivating women, who immediately jump from the screen. Also in 2013 Melissa Leo went on working in The Butler, also featuring Forest Whitaker, Jane Fonda and Oprah Winfrey. That same year, she won an Emmy Award for her guest appearance on the sitcom Louie.

Later in 2013 she premiered her most recent film the highly praised “Prisioners” starring along with Hugh Jackman and Jake Gyllenhaal, she wll also soon premier the film “The Equalizer” alongside Denzel Washington and “The Angriest Man in Brooklyn” alongside Robin Williams.

This 2 days acting Workshop with Melissa Leo is an one of a kind opportunity for those who are serious in acting as well as those with some theatre experience looking to brush up on their skills in front of the camera.
In this two-day intensive course, you will learn from the experience of Melissa Leo who will introduce you to the several techniques she uses in acting for screen, while giving you an insight into what goes on behind the camera.

By the end of the workshop you should have a clearer insight on:
- Confidence in acting for the screen
- Have an understanding of how to use voice and movement effectively
- Gain a clear understanding of key methodologies
- Have in-depth knowledge and understanding of the film industry
- Have clear career goals and the confidence to pursue them
- The Do’s & Don’ts of the Audition Process
- Recognize the importance of the actor/director relationship
- Effectively breakdown and analyze every scene in your script


Participants should also bring one scene, and one monologue to work on specific.

In this small group interaction is done on a great level, real life problems of actors will be addressed by Melissa Leo, at the end of the last day you will also be able to discuss problems you faced in your own career and ask for feedback from Melissa Leo.


PROFILE OF PARTICIPANT
The workshop is designed for actors who are serious about their career, or prospective actors who seriously want to enter the film business