REGISTERING FOR OUR NEXT WORKSHOPS
WORKSHOP LIST
back
GARRY MADISON 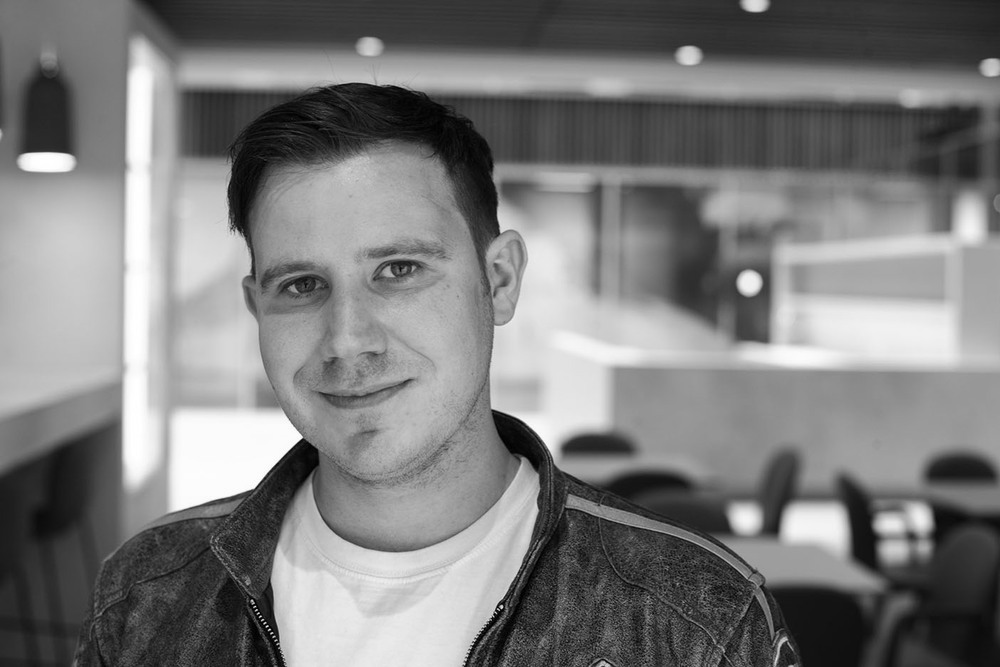 
One might say that Garry Madison’s career started when he was a young child and received from his granddad a couple of 35mm photography cameras. Shooting b&w still photography from such an early stage, allowed him to deeply understand how film works and everything about exposure, shutter speed, aperture among other aspects of working with film.

Maddison’s deep love with cinema started when he was working in a Blockbuster video rental store and at slow times he had the chance to watch every kind of film, blockbusters, foreign films to arthouse films. At the time, he was studying performance arts and media at college and started to incorporate his new interest in this performances designs, using the projectors to add flashbacks and story development.

After finishing his degree, Maddison felt that film was his path and as many of his colleagues, he started his career as runner. Then, when the opportunity to work as neg developer came up, he jumped at it due to his love to film. The turning point of his career was when he was working the night shift. After developing the film, he would drop it to the dailies colourists. After a short time, he started to rack up the film on the telecine and was doing technical grades on the Davinci2K. After that, he started to work as an assistant colourist at Pepper Post where he had the opportunity to learn how to work with directors and DoPs. His next step was working as a colourist at Prime Focus, grading commercials and old archive film due to his expertise in film, whilst also assisting DI colourists Vic Parker and Tom Russel on “Age of Heroes” and “The Retreat” and with Tareg Kubaisi, a chief creative director and senior colourist, on Joe’s Wrights “Channel” film featuring Kiera Knightly.

After his successful work on Ed Sheeran and Lewi Whites music videos, Garry went freelance and about two months later, Double Negative was calling him to work as a colourist on the VFX grade for Christopher Nolan’s “Dark Night Rises”. The turning point of his career was working as a DI Colour Grader in “Interstellar” directed by Christopher Nolan again, for which Double Negative received the Visual Effects academy award. After that, he worked as a VFX grading supervisor in “The Hunger Games - Mockingjay - Part 1” and “The Hunger Games: Mockingjay - Part 2” both directed by Francis Lawrence and as a VFX colourist in films such as “Assassin’s Creed” directed by Justin Kurzel and “Wonder Woman” directed by Patty Jenkins. Working again with Christopher Nolan, working as VFX Colourist in “Dunkirk”. Now working as a Freelance Colourist, Maddison is still based in London but travels round the world grading, most recently completing a Swarovski commercial in Berlin.

Colour grading is one of the most important parts of the post-production process. As a Colourist, Garry Maddison will focus on quality, information and on how to get the most out of your footage to achieve the best results in the final grade through live grade examples. Maddison will also discuss the creative relationships between the Colourist, Director and DoP. Last, he will present the process of grading onset and how that can influence the look of the film at later stages, including the effect this has on the edit and VFX shots.

You can check Garry's full list of credits on these links:


WORKSHOP DESCRIPTION
COLOUR GRADING WORKSHOP
The Grading workshop with Garry Madison will focus on a diversity of topics of the craft of colour grading and VFX. You will have the chance of not inly receive this knowledge from Garry Madison, but also interact in a very strong way, as the group will have up to 25 participants, making it extremely practical and interactive. You will also have the opportunity to assess the issues you encountered on your own work and the projects you have worked on r will work, and receiving the feedback to unblock situations in the future.

Day one
What is grading, from a story telling perspective to a fixing tool.
Examples of grading, break downs and mimic grades live.
From Set to Suite, how to manage colour workflows, from onset grading, offline edit, VFX, Grade and Online edit. Workflow charts.
Colour spaces, what are they and how to decide which one to use, Alexa LogC, Redgamma, Red Log.
HDR grading. Live grade showing the difference between HDR grading and 2k/4k grading.

Day two
How to communicate with the Director and DOP, before the grade and during.
The difference between grading and VFX work, problems a colourist encounters, examples and live grading.
Mood boards and colour pallets, design and examples.
How to grade, live grade session, the different techniques used to grade alternative formats such as Feature, Broadcast, Documentary and Commercial/Pop promos.


PROFILE OF PARTICIPANT
The workshop is designed for DoPs, Colourists, Colour gradings supervisors, VFX Technicians, VFX Supervisors, Film Students, Film Directors or anyone interested in entering the Film Business on the area of Colour Grading and VFX.


LOCATION OF THE WORKSHOP
London UK